The History of Lahaina Hawaii­ 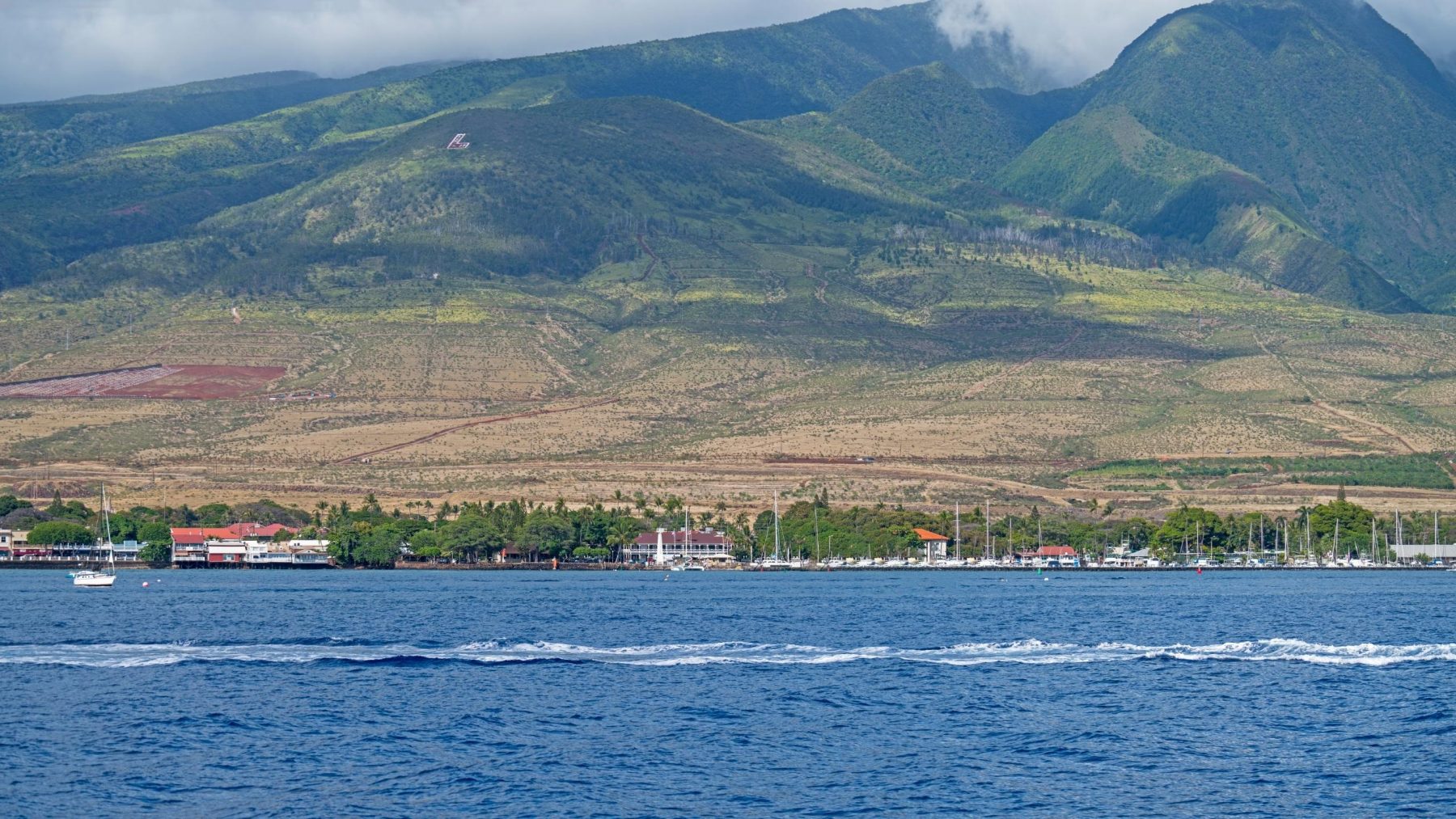 When you step into a Hawaiian luau, you are stepping into hundreds of years of history coming to life. It is a celebration rife with culture and tradition. A celebration that connects us to the past by bringing it to life. As a bonus, luaus are accompanied by food and dazzling entertainment!

The history of Hawaii spans multiple generations. It begins with the Polynesian settlers navigating by stars to arrive on its beautiful shores 1,500 years ago. That history culminates in the unified tropical islands we know today. Understanding the history not only outlines the rich tapestry of its people but emphasizes the true ingenuity of its culture.

Although the history of Hawaii began over a thousand years ago, we will be focusing on its unification. In 1820, the Kingdom of Hawaii entered the world stage. It established its first official capital Lahaina, on the beautiful island of Maui. Let’s investigate the events leading to this event.

The original Polynesian settlers navigated the Pacific in dugout canoes large enough to hold 80 people. They carried only the essentials for the voyage like water, tools, and animals. They also brought twelve plants, known as canoe crops.

Upon arrival on the main island, they named it Havaiki. This name was sacred to the Polynesian people. It meant the land they came from and would return to after death.

Tahitian settlers from the Marquesas and Society Islands migrated here and lived alone on the Hawaiian Islands. Constant wars between villages and later between island Kings occurred. Through that, Hawaii started to develop an identity of its own. An identity that became stronger with the arrival of British Captain James Cook in 1778.

With the arrival of Cook, the people of Hawaii were introduced to something new. Some islanders mistook Cook for Lono, the God of Fertility, Agriculture, and Peace. This happened because his arrival coincided with the sacred Makahiki festival. As a deity, they thought he and his crew to be immortal.

Upon Captain Cook’s third return to the islands, he attempted to kidnap Kalaniʻōpuʻu. Kalaniʻōpuʻu was the ruling chief of the island of Hawaii in Kealakekua. The decision to hold him in exchange for a stolen longboat was the fatal error of Cook's final voyage. The Hawaiian people attacked him and his crew, killing Cook on February 14th, 1779.

This realization of a world beyond the islands and centuries of conflict within, compelled a Hawaiian chief named Kamehameha to act. His goal was something that had never been done before, a united Hawaiian Kingdom. This began with the centrepiece of his new kingdom – Lahaina Maui.

Lahaina Hawaii - Capital of the Kingdom of Hawaii

The dream of a united Hawaii was not without conflict. King Kamehameha fought for years across the islands with numerous chiefs and chiefesses to achieve this goal. In 1790, the Battle of Kepaniwai took place when King Kamehameha stormed the shores of north Maui. He used Western weapons introduced by Cook to seize the land while its Chief Kahekili was away in Oahu.

With a sure-fire defeat, the many leaders of Maui surrendered to Kamehameha’s fleet. The chiefs and chiefesses who lived through the invasion also helped form the basis for a unified Hawaii. In fact, Chiefess Kalola accepted Kamehameha’s protection after the battle and promised her daughter to him as a future wife.

The only Maui chief resistant to the new order was Kahekili. He returned in 1794 to conquer the island but was ultimately defeated by Kamehameha’s troops. In 1795, Kamehameha defeated King Kalanikupule in the Battle of Nu’uanu. This allowed Kamehameha to take control of O’ahu.

There was still resistance to the Kingdom, most notably from King Kaumualii of Kauai. He wouldn’t peacefully agree to be a tributary kingdom until 1810. This helped mark an official beginning of the Kamehameha dynasty and a united Hawaii.

Remember the High Chiefess who promised her daughter to Kamehameha? Her high-ranking daughter, Keopuolani, was married to Kamehameha. She gave birth to 3 children; Liholiho was their eldest and became Kamehameha II. Kauikeauoli, their second-born becoming Kamehameha III and their youngest was Princess Nahi’ena’ena.

Kamehameha the Great was from Hawai’i Island, after uniting all the islands, that is where he returned. He lived and ruled the kingdom from Kona until his death in 1819. Upon his death, his wife, Keopuolani moved to Lahaina with her teenage children including the young Kamehameha II. It was then in 1820 that Lahaina was named the capital of the Hawaiian Kingdom.

In Lahaina Hawaii, Kamehameha II moved into the brick palace his father built in 1800. He also built other royal residences for the many chiefs and chiefesses. This helped establish Lahaina as the centre of Hawaii’s new legal system and government. A government that levied taxes to encourage trade with Europe and America.

Lahaina was a hub of trade and cultural exchange.  It remained the capital until 1845 when it would move to Honolulu.

Over the course of 25 years that Lahaina served as Hawaii’s capital, it underwent numerous changes still visible today. Although King Kamehameha died of illness in 1819, his impact as “Hawaii’s Greatest King” would last forever. June 11th is still widely celebrated as Kamehameha Day. Nowhere is that celebration more prominent than the historic Front Street Lahaina.

This modern marvel of Maui’s past is a way to walk through Hawaiian history. On Front Street , you can still see how the whaling and fishing industries took off. Under the rule of Kamehameha’s son, Kauikeauoli, the city thrived. Lahaina became a sailor's oasis with as many as 400 ships docked at the harbor.

In the early-to-mid 1800s, Lahaina welcomed missionaries to the island. These visitors brought a very different lifestyle than the much more raucous sailors. They also introduced the printing press, Lahainaluna high school, and the first-ever written form of the Hawaiian language.

Historic Lahaina exemplifies all this fascinating history and holds many mementos of the era.  The Baldwin Home and Lahaina Lighthouse can both be found on historic Front Street .

The Baldwin Home, built by Reverend Ephraim Spaulding, is now the oldest standing house in Maui. In the 1800s, it was home to Lahaina’s many missionaries. The Lahaina Lighthouse was lit with whale oil in 1840 and was originally nine feet tall. This signalled the incoming sailors who sought safe harbor.

These fantastic sights are just a few of many to be found in historic Lahaina.

We invite you to walk the beautiful streets and explore their history. We also invite you to celebrate Hawaiian culture at the Old Lāhainā Lūʻau. We offer the ultimate Maui-style entertainment and onolicious cuisine. We pride ourselves on keeping a strong focus on Hawaiian history and culture.

At Old Lāhainā Lūʻau, our luaus are held daily during sunset hours. This makes for a stunning show, breathtaking photo opportunities, and food cooked to perfection in a traditional imu pit. Your traditional Hawaiian luau experience is just a few clicks away. If you would like to learn more about our show, then check out our detailed show information page.

This site uses Akismet to reduce spam. Learn how your comment data is processed.